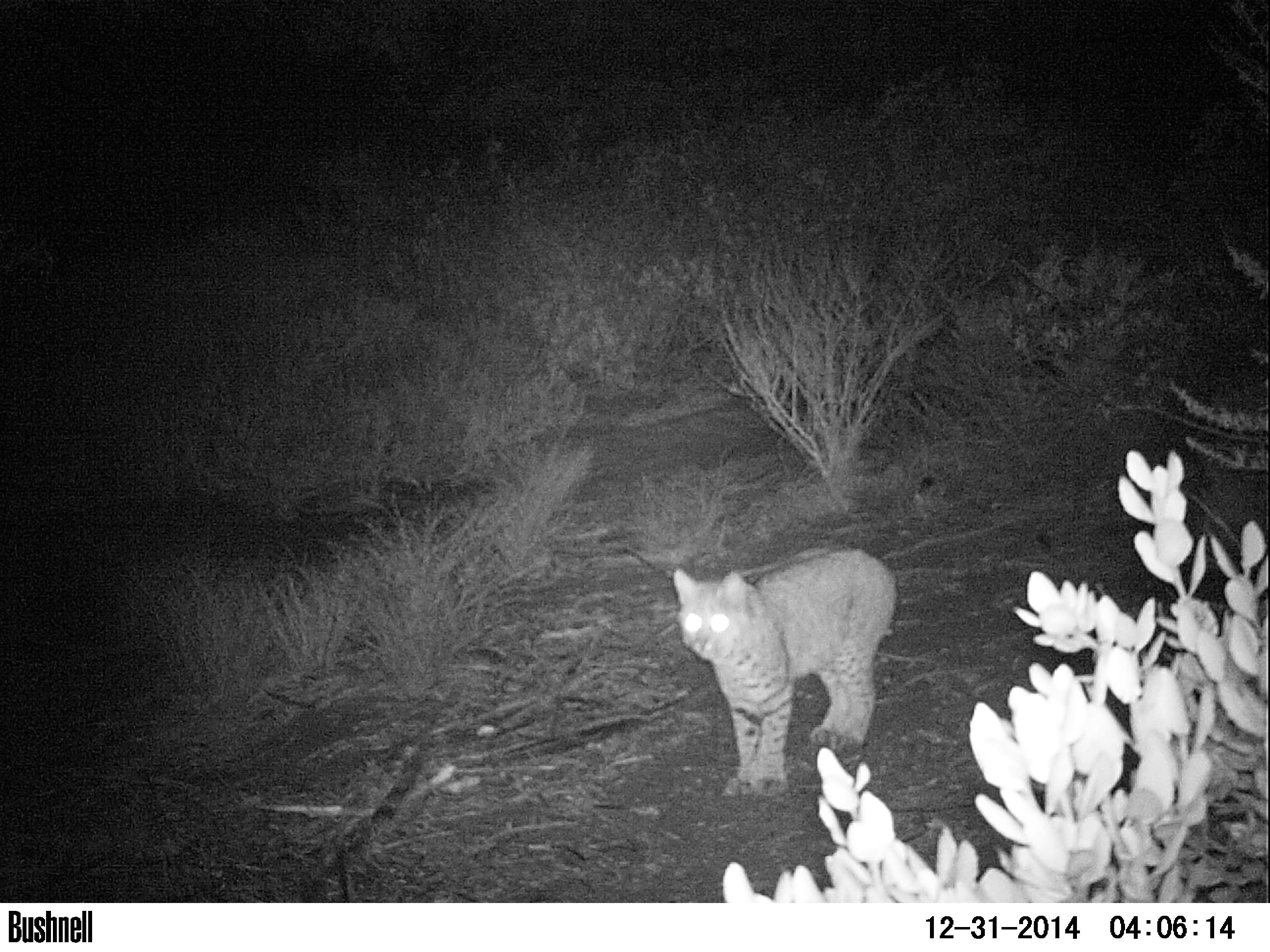 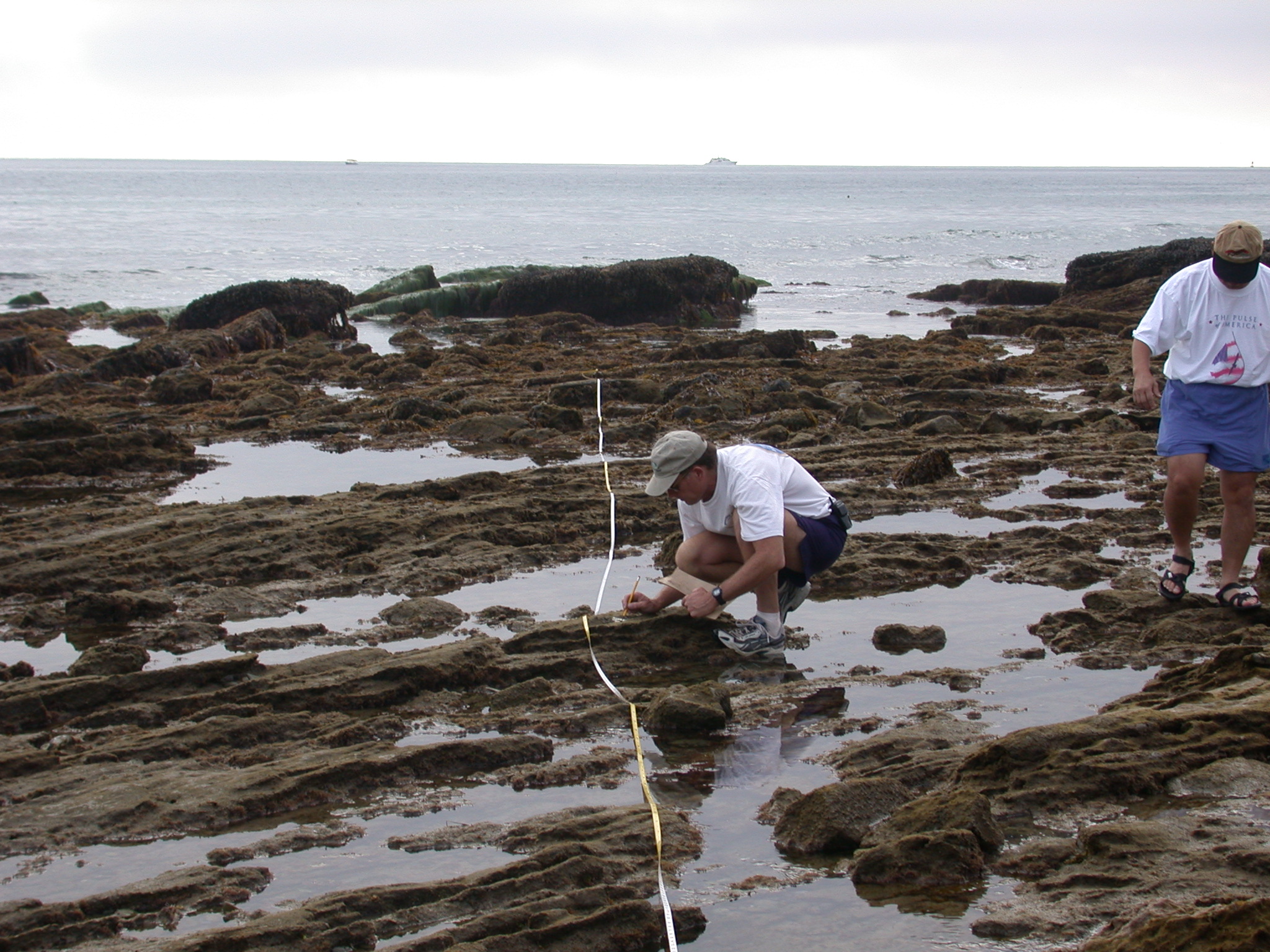 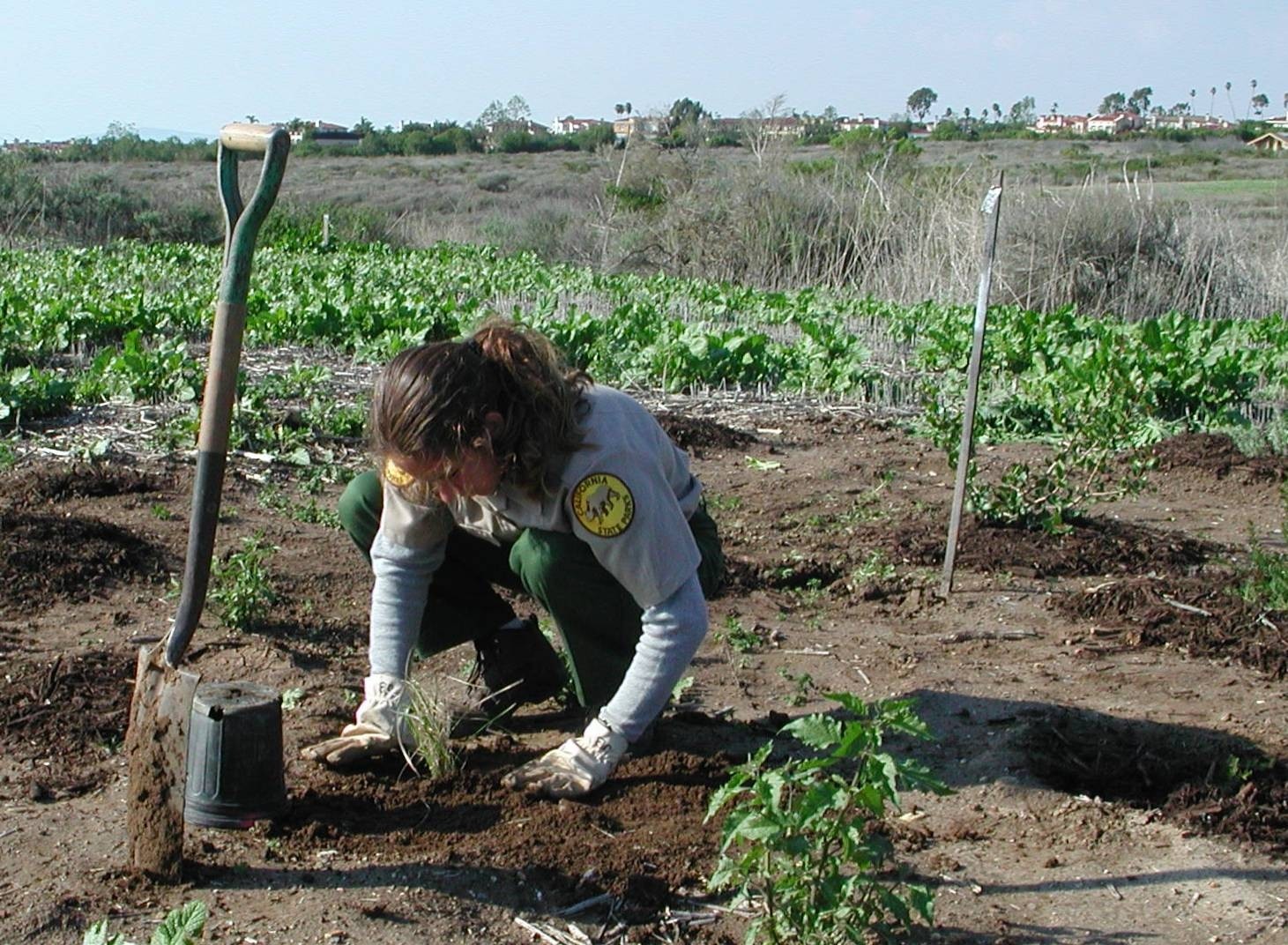 One of the mandates of the State Park system is to preserve characteristic examples of the state’s biotic communities, especially those which have been greatly reduced in extent, or where ecological integrity is threatened. Coastal Sage Scrub, the sagebrush-dominated, drought-deciduous community present on Southern California’s coastal terrace and foothills, including most of Crystal Cove State Park, is particularly sensitive, presently existing in less than fifteen percent of its historic range. The causes of habitat loss include historic grazing, agriculture, and development, and just as we have utilized the land to satisfy our economic needs, the people of California have now recognized our obligation to preserve and restore what remains for other uses. Resource Management has been given the task of managing the park’s natural wealth in the pubic interest by maintaining pristine areas, restoring degraded or damaged areas to ecologic health, and providing for public access in a responsible, sustainable manner. Projects include:

Restoration is a unique discipline different from revegetation, landscaping, reclamation, or gardening. Though some of the techniques and objectives are analogous, the fundamental approach and ultimate goals are different. The intent of restoration is to emulate or accelerate natural processes from the bottom up, encouraging natural succession of disturbed areas into mature, indigenous communities. The primary benefit of restoration is to the native flora and fauna that rely on it, while the benefits to park users, though significant, are secondary.

A healthy, mature, and undisturbed ecosystem will naturally resist invasion by weeds. However, disturbances such as brush clearing, cattle grazing, soil compaction, alteration of the fire cycle, nutrient depletion or loading, accelerated erosion, and trail building all have effects on the ecological balance that make it easier for non-native species, both plant and animal, to become established.

Non-native species are not intrinsically bad. In their regions of origin, they are integral members of the ecosystem, adapted for mutual exploitation and benefit. However, when unnaturally introduced into another association of plants and animals, they often provide little ecological value. Animals are not adapted to use them for food or shelter, and plants have not developed the ability to compete. Especially vigorous non-natives, such as Black Mustard (Brassica nigra) and Wild Artichoke Thistle (Cynara cardunculus), form dense, single-species stands in heavily disturbed areas, excluding and shading out native pioneers. They are able to maintain these densities so long as disturbance continues, and sometimes for long afterward, especially when soil structure and hydrology have been significantly altered. In addition to ecological detriment, exotic species compromise the esthetic integrity of the indigenous habitats which the park is intended to preserve, which impairs its values for public enjoyment.

Resource management performs native species monitoring for two purposes. The first is as a measure of success for ongoing restoration efforts, since utilization by native species is a positive indicator of overall ecosystem function. In addition, RM cooperates with local and state organizations in keeping track of endangered and sensitive species which occur in the park, whether permanently or seasonally, in compliance with State and Federal regulations. Also, by observing trends in the distributions and activities of sensitive species, the Park is able to adjust management activities in order to optimize the balance between protection of the natural resources from disturbance and the enjoyment of park visitors. Ongoing monitoring activities include annual tide pool surveys, nesting surveys of endangered birds (including the California Gnatcatcher, California Least Tern, Western Snowy Plover, and Least Bell’s Vireo), and identification and protection of rare and endangered plants.

How can we restore a sustainable coastal sage scrub community? California State Parks is partnering with UC Irvine scientists and Crystal Cove Conservancy educators to identify the most cost-effective way to restore grassland and coastal sage scrub plant communities in disturbed areas like “The Bowl,” an area of Moro Canyon about a mile in from the coastline within the backcountry of Crystal Cove State Park. Many areas of Crystal Cove State Park have a long history of land use and disturbance, including agriculture using tilling methodology as well as cattle and sheep grazing. Based on the soils in this area, State Parks believe that it was originally a mosaic of native California grassland (GL) and coastal sage scrub (CSS). Today, coastal grasslands are one of our fastest disappearing habitats due to development, fire, and other human-caused disturbances and yet are one of the most challenging, expensive and unsuccessful restoration targets.

Because of the intensive land use within The Bowl, black mustard, artichoke thistle, and other highly invasive weeds have benefited. They took over the area, out-competing the native grasses and shrubs and left a legacy of altered soil chemistry, fire regime, and seed bank. This reduced the biodiversity and resilience of the local plant community, taking food and shelter away from native wildlife. Several restoration strategies have been tried over the years with limited success including targeted weed control/natural recovery, soil salvage, prescribed burning, seeding and container planting, among others.

In partnership with the Natural Communities Coalition, State Parks will be undertaking an innovative restoration project that will result in increased breeding (and foraging) opportunities through the construction of 8 small seasonal pools and habitat restoration of 10.48 acres of adjacent upland California sage and cactus scrub habitat in support of the recovery of the western spadefoot (Spea hammondii) and other “Identified” and “Target Species”, such as the coastal cactus wren (Campylorhynchus brunneicapillus). Seasonal pools will be constructed to extend the capacity of select locations in the San Joaquin Hills, which are used by western spadefoot for breeding, to capture and hold a greater volume of water for longer durations following natural rainfall events each winter than existing pools. Historically, spadefoot used vernal pools for their breeding and reproduction, but most of the vernal pool habitat across southern California has been lost due to agriculture and development. Metamorphosis of spadefoot larvae requires pools to hold water for more than 30 days during the breeding season, though they can benefit from hydroperiods as long as 80 days. The pools will not hold water for most of the year, which would exclude invasive amphibians like bull frogs. The focused areas of restoration have been chosen based on past observational data of spadefoots and to help facilitate dispersal of spadefoots from known breeding locales, including road ruts. The restoration of the surrounding area will create high quality upland habitat for adult spadefoot toads. USGS will monitor these sites for spadefoot activity with the goal of documenting spadefoot use of one of the constructed ponds or the detection of a spadefoot egg mass.